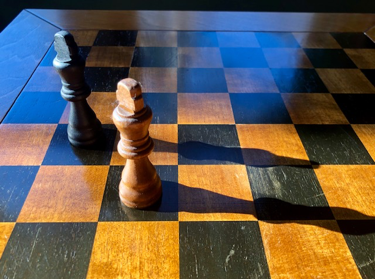 I’ve met a few true elders along the way. They share similar characteristics, integrity, humility, wisdom and a sincere desire to serve. It seems a wry sense of humor is also an asset. Years spent paying attention to self and others have convinced them the irony and paradox life lays on the table is best tempered with a measure of humor.

This humor often appears with the telling of a twisty story, showing clearly as a slow, sly smile. Elders understand some stories worm their way into the brain and leave a trail to puzzle over and consider.

On an African beach with the moon hanging high above the Indian ocean we built a fire and gathered to listen as elders told their stories.

“There are two types of kings walking among us,” Rashidi declared.

“The dark king is jealous of all those who follow him. Self-interested and shortsighted he’s convinced others plot to undermine his authority and usurp his power. Insecure, he surrounds himself with rare and precious objects in a futile attempt to confirm his value. This king uses his power to exert iron control, and scorns the generosity required of stewardship.”

“Take heart, there also lives a Sun-King. This king understands in his blood and bones the more people he empowers the stronger he becomes. The stronger we all become.

“Which king are you?” he asked with a sly smile.

Rashidi’s story took root in my mind causing me to consider times I’ve been a small man, and times I’ve stood tall. This twisty little story offered insight into my own motivations but over time revealed a larger question.